Evelyn Lozada and Chad Johnson Back Together?

Nexquisite Entertainment News You Can Use 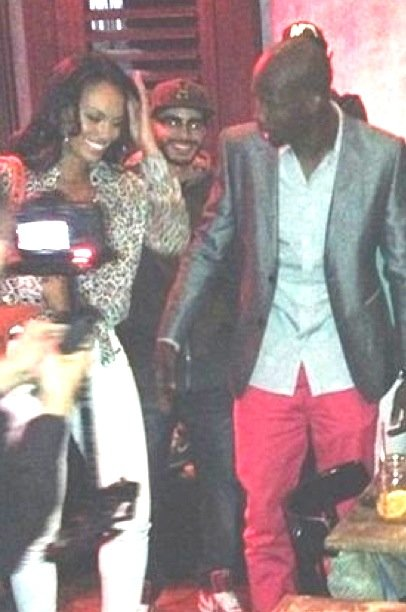 Nexquisite Entertainment would like give a S/O to Niki McGloster for providing the inside scoop of this edition:

On the eve of New Year’s Eve, while this big news was breaking, Evelyn Lozada and her ex-husband Chad “Ochocinco” Johnson were spotted at Miami’s Southstreet Restaurant, along with Chad’s daughter Jicyra and other family members.

The two were officially divorced back in September, but Evelyn’s taking a note from her friend Rihanna, who recently reunited with old flame Chris Brown.

In August, Johnson was arrested for headbutting his then wife during a domestic spat. Following his arrest, which essentially led to him being cut from the Miami Dolphins team, Lozada made media appearances to detail her side of the story, including an interview on Nightline and a soul-searching experience on Iyanla Vanzant: Fix My Life.

“Domestic violence is not okay,” she said in an interview. “Hopefully my taking a stand will help encourage other women to break their silence as well.”

From what seemed as a breakthrough spawned Lozada’s strides in career: an energy shot endorsement deal, announcing a second installment to her Inner Circle book series, becoming the face of a workout equipment company and leaping back into filming Basketball Wives Miami.

Did she forgive and forget? It looks that way.

She recently instragram’d photos of RiRi and Breezy. “I love these 2,” she captioned it. “LIVE YOUR LIFE!!! F EVERYONE!”

And just two weeks ago, Lozada dropped the restraining order against Ochocinco. No matter her reasoning, she does look happy to be reunited with her ex-hubby. For now, just expect their spin-off reality TV show Ev & Ocho to probably make a comeback.

Who knows what this couple is up to. I guess we just have to wait and see.

You need to be a member of Nexquisite Entertainment to add comments!