Family of Nexquisite Entertainment send our prayers to Paul Walker's Family during this time of grief.  We would like to thank STUART C. WILSON/GETTY for providing this story for us. 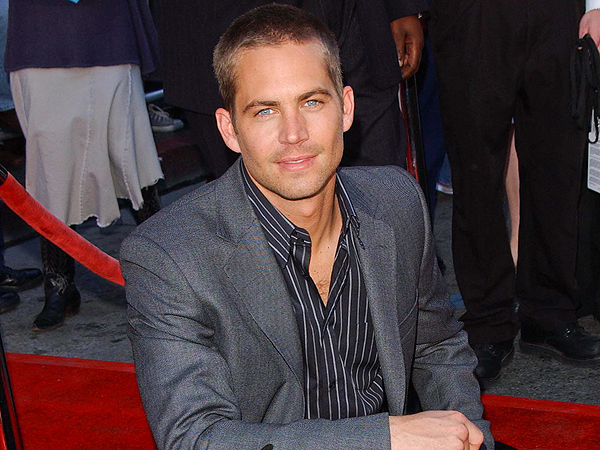 On Saturday, November 30, 2013, at approximately 3:30 PM (PST), Walker, 40 and Roger Rodas,age 38, left an event for Walker's charity Reach Out Worldwide for victims of Typhoon Haiyan. Shortly after leaving in Rodas' red 2005 Porsche Carrera GT, the driver lost control and crashed into a light pole and tree in Valencia, Santa Clarita, California, and the vehicle burst into flames. The Los Angeles County Sheriff’s Department arrived and deputies found the vehicle engulfed in flames," the police said in a statement. "The Los Angeles County Fire Department responded, extinguished the fire and subsequently located two victims inside the vehicle. The victims were pronounced dead at the scene." . Coverage was first reported after Walker's publicist, Ame van Iden, confirmed early reports of his death. Rodas became friends with Walker after meeting at a race track. He became his financial advisor in 2007 and helped to establish Reach Out Worldwide. Rodas was the CEO of Always Evolving, a performance shop for high-end vehicles owned by Walker, located in Valencia. The Los Angeles County Sheriff's Office stated that speed was a factor in the crash. Burned rubber and doughnut marks were found in figure 8 patterns on the road near the crash site, but it was not clear to officials if these were related to the crash.

Walker was most known for his role as Brian O'Conner in The Fast and the Furious film franchise.

The latest, Fast & Furious 7, costarring Vin Diesel, Jordana Brewster, Tyrese Gibson, Michelle Rodiguez, Ludacris and Dwayne Johnson, had been filming this fall and is scheduled to hit theaters next summer.

The actor was born in Glendale, Calif., in 1973, and appeared on TV in Who's the Boss? andThe Young and the Restless as a teen before breaking through to films such as 1999's Varsity Blues and She's All That.  There were so many in Hollywood who knew him as more than the franchise's Brian O'Conner.

Friends and colleagues flooded Twitter with tributes to the father of one, who got his start as a child actor in commercials and went on to make appearances in shows like Charles in Charge,Who's the Boss and The Young and the Restless.

"My heart is hurting so bad no one can make me believe this is real," his friend and costar Tyrese posted on Instagram. "Father God I pray that you send clarity over this cause I just don't understand," he continued. "My heart hurts it's broken no one can convince me that this is real.... Prayer warriors please pray real hard for his only child, his daughter and family... #HeartOfAnAngel13YrsFamilyForeverWeJustCelebreatedYour40thBirthday..... My God... My God... I can't believe I'm writing this."

At least I got to say I love you.... #OurLastExchange but our laughs and moments will live forever… http://t.co/LyNrYK0r44

No, @RealPaulWalker. No. No. No. Rest with the angels. You. Sweet boy. #beauty #love #RIP

#rippaulwalker i was blessed to call you friend and a beautiful light in the world just went out. i love you paul

Sick about the tragic loss of #PaulWalker. I enjoyed our time together very much. Such a really nice guy. Prayers to his family and friends.

When Paul & I shot The Skulls, had a great time. He was one of the nicest, generous of spirit actors I've ever worked with. RIP Paul Walker

This Paul Walker news is so sad. Prayers for his little girl and all his friends and family.

Your humble spirit was felt from the start, wherever you blessed your presence you always left a mark,… http://t.co/nUiPPIU9Bb

Our family mourns the loss of Paul. A very special Human being. Our prayers go his beloved family

Paul was pure light. I cannot believe he is gone.

All my strength, love & faith to the Walker family during this heartbreaking time. We find our strength.. in his light. Love you brother.

Damn. Hard to imagine someone so full of life taken so soon. My thoughts go out to your family. RIP Pauly Walker

So shocked and saddened to hear about the tragic loss of Paul Walker. My love to his family.http://t.co/J1n95Pw2fe - #TeamPW

Paul was a good dude. Conscientious & not caught up in Hollywood. He knew there was more to life & lived like it. Nice to know you brotha.

Had the pleasure of meeting Paul when we worked together on Flags Of Our Fathers. My thoughts are with his family & friends. #RIP

Heartbroken. Sending love to the Walker and Rodas families pic.twitter.com/wtwudvCXSr

.@RealPaulWalker May he be in peace. To his family you are in our thoughts and prayers.

I just remember him as being so effortlessly golden. He had that way about him, that "thing"...#rippaulwalker #TeamPW

Replies to This Discussion

Permalink Reply by Nexquisite Entertainment on December 1, 2013 at 2:14pm

Nexquisite Entertainment sends our prayers to Paul Walker's Family. We pray for peace and unity amongst all and know that we are here for you!